GOP Space Ark To Only Include Animals, Politicians And Two Fox News Anchors 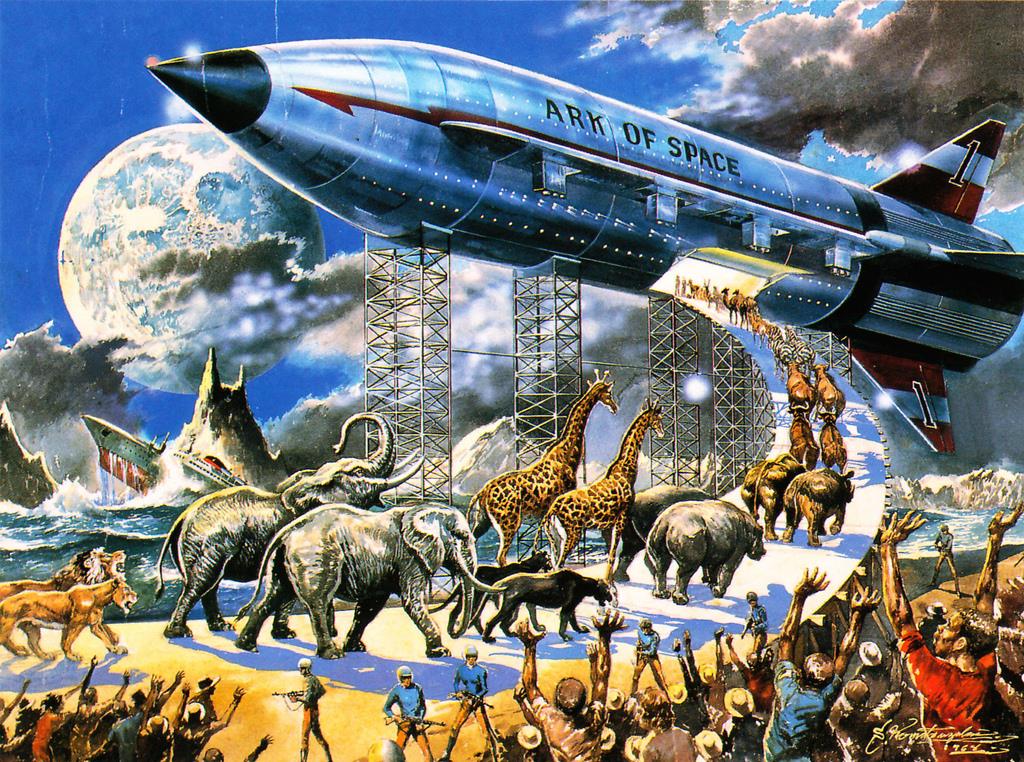 Sunday June 28, 2015 – In an unprecedented move the GOP migration into outer space will only take animals two by two, a few key politicians and two Fox News anchormen.

In a national uproar many registered Republicans who were hoping to flee the planet in the wake of losing their ban on same-sex marriage have filed countless class-action law suits and are flocking to Florida.

Fox News executive Roger Ailes says, “We only have limited cargo space – we can only transport what’s important for our own personal survival.”

Strangely enough, only a few GOP politicians have been promised passage on the cushy, twin-aisle rocket into space. Most Earth animals will also be included, but not all of them…

“I was hoping for a first-class ticket,” says Presidential hopeful, Donald Trump, “I even hocked my vintage Avon cologne bottle collection just to get a good seat. Now they’re only taking the stupids!”.

Many were shocked by who was actually invited on the huge space ark headed into oblivion. Fox News anchormen, Bill O’Reilly and Sean Hannity will be piloting the craft and have chosen a few of their co-workers for the crew.

“We’re leaving our families behind,” says O’Reilly, “Who needs them. All they do is eat and complain.”

Even the Koch Brothers were not spared the insult of abandonment.

“We will build our own space ships next year as soon as we purchase Mars and NASA,” said billionaire David Koch.

Liberals and Fox News critics are relieved to see some of their least-favorite people leave the planet permanently. Many are looking at the upcoming Forth of July with a new rekindled hope.

“Don’t let the door hit you on the way out,” says film composer, Chuck Cirino, “You’ve done nothing but bring this country down for the last two decades. Good riddance!”